The newest album from Taylor’s Universe has arrived and Robin Taylor is specially excited about this release, which is entitled “Almost Perfected”. The album is available on CD and download and a vinyl release is also being prepared. Reviewers are already praising “Almost Perfected” as you can read here below:

“Robin Taylor has given us a great instrumental album (with some occasional but very nice vocalisations). It is titled Almost Perfected but I would say that he has ”totally perfected” his craft. Highly recommended indeed!!!!”
Marc Donald, www.proggnosis.com 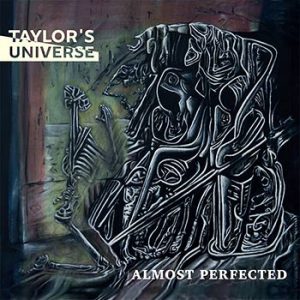 The album “Across the Universe” has already received lots of praising reviews – mostly from abroad – but here is a Danish excerpt:

“On the latest album, which consists of highlights picked from recent years of Taylor’s Universe’s backlist – in reworked and re-recorded versions, Robin Taylor has chosen the more extrovert side of the band’s repertoire. This is a good starting point for newcomers. If you like grandiose and advanced rock with jazz improvisational delights, you won’t be disappointed.”
CLICK HERE TO READ WHAT THE CRITICS HAVE TO SAY ABOUT ACROSS THE UNIVERSE