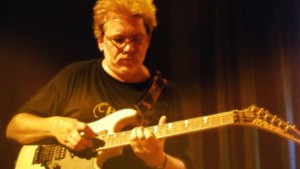 While Robin considers Taylor’s Universe as his ‘main’ project, he has always been curious about other areas in the musical landscape, which he would like to investigate. As a result he has committed himself to various projects, that didn’t necessarily associate to the Taylor’s Universe hallmark.

Before Taylor’s Universe came to life, Robin released a couple of albums bearing his name, but alongside the Universe, solo ‘outings’ have been released on and off. Some of these may stylistically have a great deal in common with the Universe, while some may not (!) The music on these albums cover experiments ranging from avantgarde and ambient music to electronics. The players involved are virtually the same as ever.

It is worth noting, that Robin is a multi-instrumentalist who handles a very impressive list of instruments, such as:

All these instruments listed here is just to give an impression of the variety of sounds, colours and moods that Robin works with to enhance the scope of his many productions.

Check out the story behind the short-lived, but interesting experimental pop/art project Art Cinema

Go to the solo projects discography